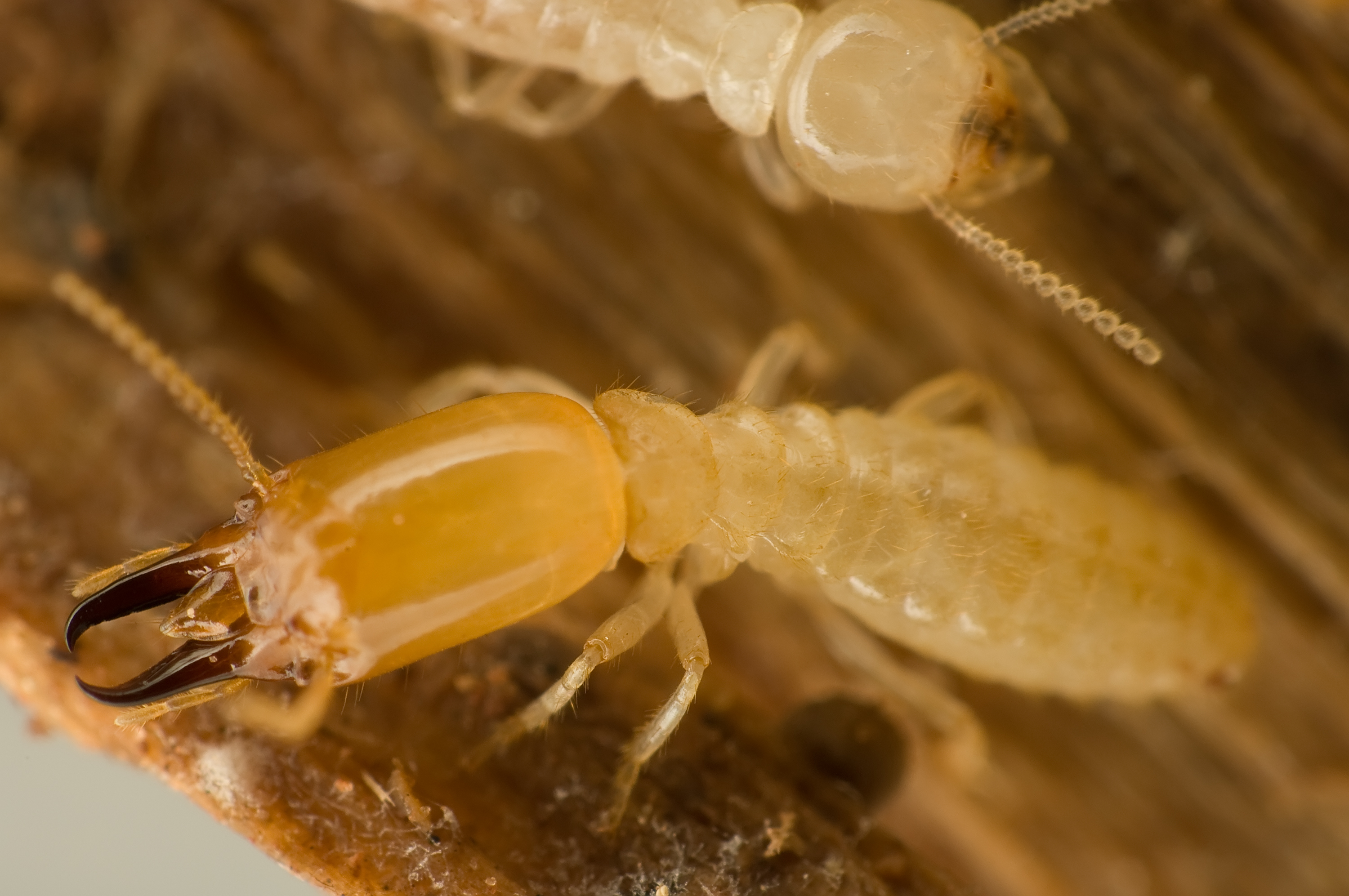 The most destructive species live in large underground nests (subterranean) containing several million timber destroying insects. The problem arises when a nest matures near your home. Your home provides natural shelter and a food source for the termites. The gallery system of a single colony may exploit food sources over as much as one hectare, with individual galleries extending up to 50 metres to enter your home, where there is a smorgasbord of timber to feast upon. Even concrete slabs do not act as a barrier; they can penetrate through cracks in the slab to gain access to your home. They even build mud tubes to gain access to above ground timbers. In rare cases termites may create their nest in the cavity wall of the property without making ground contact. In these cases it may be impossible to determine their presence until extensive timber damage occurs.©

Termites have been a natural part of the ecosystem on earth for more than 150 million years. They have an important role in recycling rotten timber in the forest and returning nutrients to the soil.

Although commonly called a ‘white ant’, they are in fact not ants and are most closely related to cockroaches.

Australia has approximately 300 species of termites and of these only about 15 attack timber “in service”. The balance are mainly grass feeders.

Generally the amount of termite activity, and therefore damage, increases the further north in Australia you go, with soil type also having an important influence on termite distribution.

Termites can be roughly divided into 3 groups: dampwood, drywood and subterranean.

Dampwood termites generally feed on moist rotten logs on the forest floor and rarely cause a nuisance to humans.Drywood termites live in small pockets in the dead wood of trees and timber in houses. They obtain their moisture from the timber they eat and require no contact with the soil.

Subterranean termites are generally ground-dwelling and require soil contact or some external source of moisture. These cause, by far the most damage to timber in service in Australia.

Subterranean termites remain within a closed system of galleries where they are protected from  predators, the heat, light and lack of humidity in the outside environment.

They forage for food by means of underground galleries or covered runways which extend from the central nest to food sources above or below ground. The gallery system of a single colony may exploit food sources over as much as one hectare, with individual galleries extending for up to 50 metres.

Termites are social insects in that they live and work together in large colonies, with each individual having a specific task to perform to enable the colony to function. These tasks can be divided into three main roles: working, protecting and reproducing.

Each task falls to different types (castes) of termite: worker, soldier and reproductive.

The workers are the ones who do all the damage. They are wingless, blind and sterile and are responsible for foraging for food, constructing tunnels, building the nest and feeding other members of the colony. They feed on wood and other cellulose materials. Cellulose is digested by intestinal protozoa or bacteria, which also contain essential amounts of nitrogen. Often termites dispose of excess, dead and diseased members of the colony by cannibalism, thereby conserving nitrogen.

As they feed they may hollow out timbers and often move from one area to another by constructing small tunnels made from a mud-like combination of faeces and saliva-“mudding”.

After feeding foraging workers return to the nest full of chewed wood. The cellulose in the wood is digested by microorganisms in the gut. The digested cellulose is passed around to feed the other termites through a process known as trophallaxis.

The soldiers are distinguished from other castes by their heads, which are heavily armoured and coloured. They too are wingless, sterile and blind. Because their mandibles are so modified or specialised, soldiers must be fed by the workers. The primary function of the soldier is to defend the colony against predators such as ants. The soldier caste is the most distinctive and is used to identify a particular species.

The reproductive or alate castes are the potential kings and queens of new colonies. They possess eyes, functional reproductive systems and wings. They normally swarm at dusk during the warmer months when humidity levels in the nest and atmosphere are about equal. After swarming the alates break off their wings and after a brief courtship, begin building a new colony. The original mating pair become the new king and queen. The king does not change shape during this phase, however the queen’s abdomen becomes enormously enlarged until she is completely immobile, becoming an egg-laying machine and, in some species, capable of laying up to 2000 eggs a day.

As mentioned above there are about 15 species of subterranean termites which commonly attack timber in service throughout Australia with the most destructive being Coptotermes,  Nasutitermes, Mastotermes darwiniensis, Schedorhinotermes and Heterotermes. 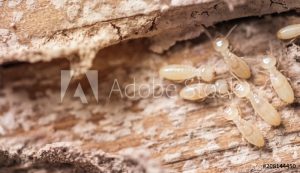 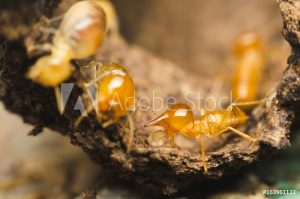 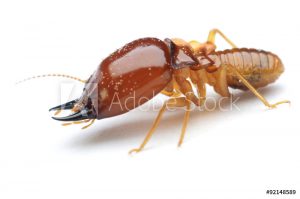 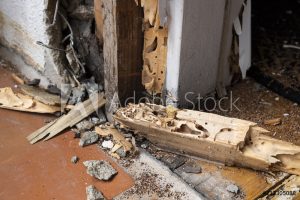 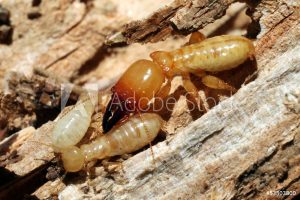 May be recommended in the report. Also incorrectly known as a 'termite barrier'. Can cost anywhere from $2200 to $5500 depending on size of property, areas treated and termiticide used.

If live termites are found it is recommended that a termite baiting program is carried out BEFORE the chemical soil treatment. Common types are Senticon and Exterra although there are now many more on the market.

The baiting program is designed to eliminate nests and sub nests before the installation of the chemical soil treatment (thus avoiding termites becoming 'trapped' inside the structure).

This can take some time to achieve and will require regular monitoring.

Be aware that a baiting program is NOT a panacea for your termite problem but merely one method in a range of methods that should be used/considered when treating a termite infestation.

Chemical treatments and baiting programs do not negate the need for regular inspections. If you live in a high risk area then every 3 to 6 months is recommended.

Ignoring the possibility is foolhardy.

So what can you do to lessen the chances of a termite attack?

It is essential that current a termite management system is in place at all times.